Home›Holistic Therapies›Emotional Freedom Technique - A Clever Trick of the Mind?

Emotional Freedom Technique - A Clever Trick of the Mind?

(EFT) Emotional Freedom Technique is an alternative healing method invented by Gary Craig in the 1990s. Based on the teachings of his one time mentor Roger Callahan, it has been hailed as miraculous by many holistic healers and doctors, equally disparaged by critics who call it pseudo science, and in spite of, or perhaps because of the controversy is wildly popular. It is available for purchase on DVD on the internet, is taught in workshops in conjunction with the DVD and has been glowingly endorsed by celebrities such as Deepak Chopra. The basic theory of EFT is simple, heal the mind and good health will follow. EFT is The Power of Positive Thinking taken to a whole new post modernist level.

Started by Gary Craig in the nineteen nineties as a revision of Roger Callahan’s (TFT) Thought Field Therapy, EFT is based on the belief that disturbances in the body’s energy field cause negative emotions and that by utilizing its techniques ailments ranging from cancer to the common cold can be cured. In its original incarnation as TFT it utilized meridians, i.e. tapping points on the body. The ailing person was supposed to think of a negative emotion while tapping in a specific sequence on a specified series of points or meridians (which correspond to the meridians used in Chinese medicine) thus restoring balance to the body’s energy field. Gary Craig discovered that the sequence of tapping points was irrelevant so he simplified Callahan’s procedure while maintaining its core belief in meridians and EFT was born.

Studies have been conducted on the efficacy of EFT with varied and ultimately inconclusive results. One study focused on four groups of people who reported phobias. One group received regular EFT, another received EFT with false tapping points, a third group tapped on a doll and a fourth group received nothing. The three tapping groups did better than the fourth group, but there were no significant differences between the three tapping groups. This would seem to indicate that the EFT theory of the body’s energy meridian system is false. However, a second study involving the use of a psychological test called the SA-45 indicated otherwise. Participants in an EFT workshop were given the test before and immediately after the workshop, and one and six months later. All participants showed significant decreases of pre and post workshop stress.

Gary Craig himself has said placebo controlled studies of EFT are unreliable if not impossible because energy meridians are influenced and manipulated by tapping anywhere on the body. Thus EFT is really unable to be tested through scientific means and this has caused its opponents to label it as pseudo science. Its reliance on anecdotal evidence and aggressive promotion on the internet have also damaged its plausibility. It has been speculated in an article of the Guardian that perhaps the act of rhythmically tapping the body while in distress simply serves as a distraction from the ailment, making it seem as if EFT is effective.

Whether or not EFT can cure an individual of phobias or other non life threatening illness is open to speculation, and it seems to be relatively harmless in that regard. It is in its claims of being able to cure cancer and other potentially terminal illness that it runs into trouble. Its claims are specious at best and there is simply no medical evidence that EFT is effective. Any proof that has been presented is purely anecdotal. For someone who is desperately ill and looking for a cure, it is irresponsible and misleading to claim EFT can cure them, particularly if that person is going to forgo proven conventional treatment in favor of EFT. That is not to say that EFT lacks all value, just that its efficacy has not been proven, and further studies are required before it is accepted or dismissed entirely.

The connection between the mind and body has been a subject of fascination for decades, and there is no doubt that the mind plays a vital part in the well being of the body. What is unclear is how effective EFT is in tapping into the connection between the two. Its popularity and vague results when put to the test make it difficult to determine hype from reality, and further scrutiny is necessary before it can be accepted or rejected. We are only in the beginning phases of learning just how powerful the mind/body connection is, and it would be irresponsible to completely dismiss the power of alternative therapies including EFT, and equally irresponsible to accept them without proper and in depth study. For now it would be appropriate to say that the power of EFT is unproven, but the possibilities it offers are worth looking into. The field it is exploring is a vital one, and any opportunity to learn more about the connection between mental health and physical health should be welcomed. Skeptics and proponents alike should take more time examining the possibilities before casting judgment, negative or positive. 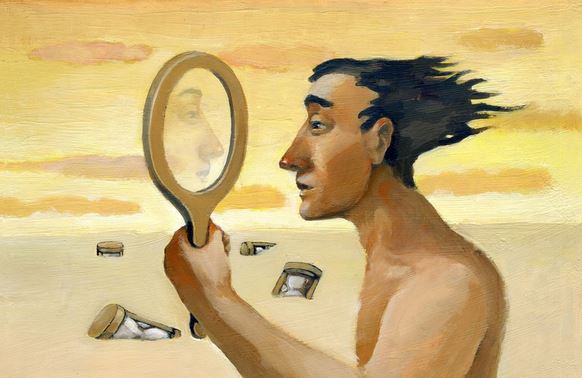 How to Lose Weight Fast with Yoga