Mokhsa means to be free from suffering, and to no longer be part of the reincarnation cycle. It is in essence what some called Nirvana, which leads to an enlightened connection to the creator. The beliefs between different Yoga schools often vary. Yoga disciples use discipline, focus, and concentration to reach a higher state of being. This challenges the mind and body which brings one in to alignment with oneself, from which one can then open the path towards Moksha.

So, is the ultimate goal of yoga to reach Moksha. Not necessarily, many use it for fitness, to calm themselves and even to improve health issues. However if someone is to take this journey seriously then this must be the ultimate goal.

With Hinduism, Jainism and Shaivism, an individual attains moksha when they have an innate identity with the Supreme Brahma.

Followers of Vaishnavism identify with Lord Vishnu. However, what is true for all yoga schools is the attainment of peace, and spiritual insight. This will lead to nirvana or Moksha. Doing the asanas on the mat every week will not help you attain Moksha, it is so much more than that. It is living a self-disciplined life of austerity that revolves around the Five Principles of Yoga which are:

Patanjali’s yoga include Niyama (personal practices) and Yama (social ethics). These are the first steps that build your relationship with the world. It is part of the 8-Fold Yoga Path which can be seen as refinement of the mind, body and soul. Many yoga instructors refer them to as the things you can do or cannot do as a person.

Most problems are due to limitations that have been self-imposed, which include frivolous living, poor habits, or bad thoughts. With the assistance of the codes of righteous living, Niyama and Yama help practitioners balance their inner and outer world, restoring all aspects of the self. Others have described yoga as a state of being ‘consciously conscious’ where personal growth and unlimited spirit are united. A ll of the parts of the individual are considered as a whole and that this is the most important aspect of yoga. This is reflected in the series of asanas which are in sync with the body. These are done such that there is optimized blood circulation and enhance meditation.

For billions of people all over the world Moksha is an ambition that they have shared and strived for throughout the centuries. Millions of yoga practitioners that still abide by the Niyama and Yama. Yoga is a personal journey that has many positive aspects.

Before you start your Yoga today ask yourself not what is the ultimate of Yoga but what it the ultimate goal for Myself. Then align yourself with your purpose and vision and let Yoga take you there.

The Depth of Experience. 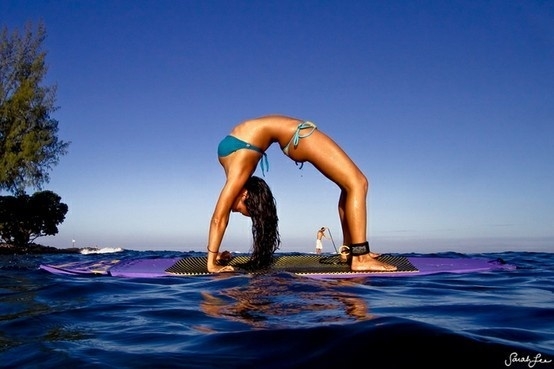 The world of yoga...what is yoga?