Home›Yoga›What is the Ultimate Aim of Yoga?

What is the Ultimate Aim of Yoga?

A dedicated yoga practitioner is the symbol of discipline, focus and concentration. They are serious practitioners of asanas and are constantly striving to achieve a higher state of being by challenging the body and mind. This might sound impressive but what is the ultimate goal of the practitioner of yoga? It is a complex decision and as each practitioner has his or her goals, they differ from individual to individual. Yoga has been practiced for centuries all around the world, surely there is an ultimate goal.  The ultimate goal is known as Moksha.

What does Moksha mean?

Moksha means Nirvana or the liberation from worldly suffering and the cycle of rebirth and reincarnation, leading to an enlightened relationship with the creator. However, different yoga schools have different beliefs about this relationship. The monist schools of Hinduism, Jainism and Shaivism, when an individual attains moksha, he/she has an innate identity with the Supreme Brahma. While for the followers of Vaishnavism, it means identification with Lord Vishnu. The common thread running through all yoga schools is that the final aim is attainment of peace, and spiritual insight when meditating on Brahma, which is a completely Hindu concept of divinity. This will lead to nirvana or Moksha. For those that practice yoga seriously, it is more than just doing the asanas on the mat every week. It can be translated as a self-disciplined life of austerity that revolves around the Five Principles of Yoga which are:

The guidelines that define Patanjali’s yoga include Niyama (personal practices) and Yama (social ethics). These are the first steps that build your relationship with the world. It is part of the 8-Fold Yoga Path which can be translated as development of the mind, body and soul. Modern yoga instructors refer them to as the things you can do or cannot do as a person.

The disciplined life is guided by the belief that most problems are due to limitations that have been self-imposed. From frivolous living to poor habits can lead to a confusing world. With the assistance of the codes of righteous living, Niyama and Yama help practitioners balance their inner and outer world, restoring all aspects of the self. Others have described yoga as a state of being ‘consciously conscious’ while personal growth and unlimited spirit are united. It is believed that all of the parts of the individual are considered as a whole and that this is the most important aspect of yoga. This is reflected in the series of asanas which are in sync with the body. These are done such that there is optimized blood circulation and enhance meditation.

Moksha is an ambition that billions of people all over the world have shared and strived for throughout the centuries. There are millions of yoga practitioners that still abide by the Niyama and Yama. Yoga is a personal endeavor that has many positive aspects. Instead of asking about the ultimate goal of Yoga, you should ask yourself, “what is my ultimate goal?” 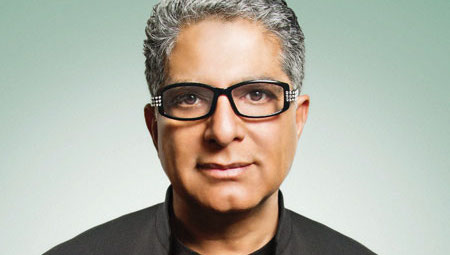 How To Reduce Anxiety With Meditation And ...