Home›Yoga›Counterpose to create balance in the body, mind and spirit

Counterpose to create balance in the body, mind and spirit

Dictionary definitions of counterpose include; to set in contrast, opposition, or balance; to contrast with equal weight or force or to place in opposition, contrast, or equilibrium.

The aim of a yoga practice is to create a sense of balance in body, mind and spirit. Yoga means union and refers to this unification of all aspects of our being. During our asana practice, every movement we make necessitates that some muscles contract while others relax. Muscles work together in antagonistic pairs working on the principle of balance of opposing forces. Thus if one muscle contracts to produce a movement, another relaxes and stretches to allow this action. This applies equally to asana positions in yoga practice as it does to any other movement the body undertakes. After maintaining specific postures it is commonly thought that the body requires a return to equilibrium in order to maintain comfort, ease tension and optimise safety and efficiency during our practice and afterwards. This is accomplished through counterpose and the simple principle of balance of opposing forces is the basis on which counterposes are chosen in a physical yoga practice.

Drs Nagrendra, Nagaranthna and Monro In Yoga For A healthy Lifestyle state that

“Each session should contain a bend in every direction and that if you twist or stretch in one way you should also do the same in the opposite direction. This is the principle of counterposes”

“This concept of counterpose is necessary to bring the body back to a balanced state.”

When practicing a pose, it is good to encourage students to notice which areas feel tight or contracted. Such observations help when deciding which pose would serve as a counterpose. The best choice of a counterpose is usually the one that gives the most relief and this can vary person to person according to the individual bio-mechanics, levels of flexibility and capabilities.

T. K. V Desikachar, in The Heart of yoga writes,

“For any asana there may be various counterposes possible, depending on where the tension is felt. Whenever we feel excessive tension in any area of the body after a posture, we must try to alleviate it with a counterpose; that is the simplest asana that relieves the tension. The counterpose for a forward bend is a gentle back bend. Conversely, a powerful backbend will be followed by a simple forward bend. Again, the reason for practicing counterposes is to return the body to its normal condition and to ensure that no tensions are carried into the next posture or everyday business”

Of note here is the statement that the counterpose is said to be the simplest asana that relieves the tension. In fact I believe it needn’t even be an asana per se, it could be as simple as any small movement in the opposite direction rather than having to be a perfectly executed asana. Elaborate postures are not needed to deliver the desired effect on the body.

In general counterposes simply allow opposite movement of muscles and joints from the previous asana but in a gentle of less vigorous way e.g. forward bending after backbends and vice versa. It is also usual to counter a dynamic asana with a static counterpose and vice versa to balance energy.

Back Bends: gentle forward bends, twists, pose of a child.

Forward Bends: gentle back bends or Urdhva Mukha Shvanasana (Down Dog), gentle twists, and other poses or movements that stretch out the outer rotators and lower back. 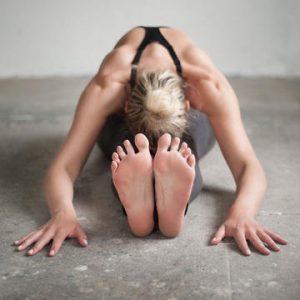 Core Poses: poses that stretch out the front of the body, such as Supta Virasana (Reclined Hero Pose) or Setu Bandha (Bridge Pose). Also twists

Shirshasana (Head Stand): poses that balance the neck and upper back, such as Supta Virasana (Reclined Hero Pose), Adho Mukha Shvanasana (Downward Facing Dog Pose), Uttanasana (Intense Stretch Pose) with the head supported on blocks, or simple twists done with the head centered over the chest. 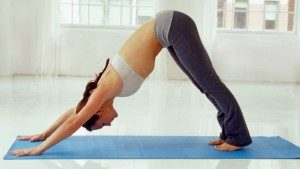 Sarvangasana and Halasana (Shoulderstand and Plough): hugging knees into chest, chest and neck openers such as Setu Bandha (Bridge Pose) or twists such as Jathara Paravritti. Many systems of yoga advocate a variation of Matsyasana (Fish Pose) with the elbows behind the back and the crown of the head on the floor. In principle, this combination makes sense, but in practice the back of the neck often gets crunched, defeating the purpose of the countering and has a such been dispanded as a counterpose in this context.

It is not necessary to do a counterpose after each individual asana but usually after a series, for example, a standing forward bend may be used after a floor sequence, a forward bend or Balasana (Pose of a child) after a sequence of backbends e.g. Sphinx, Bhujanagasana (Cobra) , Salabhasana (Locust), Dhanurasana (Bow).

Counterposes may not always be a physical posture for example after Surya Namaskar I tend to have the students stand in Tadasana with the hands in Anjali Mudra taking deep breaths into the abdomen. After exertion this helps to normalise the breath and energetically balance the body.
I think it is important to point out that there is no set rule with counterposes and a variety of different static or dynamic postures or breathing techniques may be suitable for the purpose. The area of tension could be different for different students and thus it may be good practice to offer alternatives which students can select accordingly, respecting their own bodies integrity. On occasion it may even be necessary to use more than one counterpose to remove the combined effects of an asana. I personally like to hug my knees into my chest after a shoulder stand and follow this with a supine twist. In a class environment, after some postures I actually give my students the option of selecting whatever counterpose(s) they feel they need to realign the body and relieve tension. I offer this invitation most commonly after Shoulderstand. I feel this not only allows students to do what works for them personally but also teaches awareness and tunes them into understanding their body and what it needs. It is said that the body never lies thus listening to what the body demands of us is a good guide when choosing what counterpose to do. Individual needs should be allowed for with regard to counterpose in just in the same way that we offer modifications for other postures to allow accessibility for all. What may be a suitable counterpose for one person may not be suitable for another according to flexibility and/or strength for example a good counterpose for Upavistha Konasana (Open Angle) is Purvottanasna (Inclined Plane), however if a person has stiff hips, shoulders and/or limited upper body strength, Setu Bandha/Dwi Pada Pittam may be a better alternative. After my standing sequence I love to use a variation of Prasarita Padottananasa, however as not everyone is able to adopt this comfortably I also offer this with bent legs or an alternative posture in the form of Uttanasana.

Asanas also have physiological and psychological effects as well as physical. The aim of using counterposes during a yoga practice can also be to maintain the positive effects of a pose while minimising or neutralising any negative effects accrued rather than just focusing on the purely physical sensations and muscle relaxation. The mind body connection between physical balance and mental equilibrium is also important to consider when planning appropriate counterposes to asana. The mind and the body being inextricably linked means that a change on one level will affect the other. Swami Satyananda in the APMB states:

“The mind and body are not separate entities, although there is a tendency to think and act as if they are”

The use of a suitable counterpose, therefore, helps us return to a balanced state, free of excess tensions not just in the body but also in the mind, permitting feelings of comfort and ease throughout the remainder of the practice. For example, after postures that are stimulating and energising, it may be necessary to offer calming postures to address balance in the state of mind. The state of balance referred to is also energetic. Vigorous and expansive chest openers e.g. Urdvha Dhanurasana (Wheel), psychologically and energetically (as well as physically) open a person up through expanding the chest and stimulating the heart chakra. This may require balancing with contracting, closing and calming postures e.g. Hugging the knees into the chest, Balasana, Vajrasana folding forward. Postures that may have compressed the chest e.g. Upavistha Konasana may require an opening in the chest e.g. Setu Bhanda/Dwi Pada Peetham this is useful for maintaining psychological, energetic and physiological balance.

There are various thoughts on how long a counterpose should be held an article in Yoga Journal Nov/Dec 1986 Ian Rawlinson suggests a general guideline of half the number of breaths taken in the main pose. A common thought seems to be that counterposes are normally practiced for about half as long as the main asana, however, as previously discussed each person is an individual and, in time and with practice, self awareness is cultivated and each person will be able to discern how long they individually need.

An alternative view on the question of counterpose is offered in this finding (in the interest of offering balance in this assignment which is all about equilibrium), Indigo Stray in a posting on Jamie Lindsay’s BlogSpot Nov 20th 2007 writes:

“I believe it's also important to remember that every pose done with awareness already contains the counter pose within it. If you're dying for fish after shoulder stand, or to hug your knees in after backbends, probably you've sacrificed openness in one part of the body for constriction in another. Spaciousness can happen in all angles of the spine at once, eliminating the need for constant counter poses”.

Ancient yogic literature could be interpreted to agree. Asana when properly done should be virtually effortless.  Patanjali says "Sthiram Sukham Asanam"  "That which is steady and alert, light and comfortable that is an asana". Sthira means firm, steady or alert and is related to strength. Sukha means pleasant, comfortable or relaxed and pertains to flexibility, the ability to remain comfortable in a posture. For the moment my view is to approach yoga as an awareness practice and listen to what the body needs, a skill I hope I am facilitating in my students. I think unless we are exceptionally advanced practitioners, most bodies will need counterpose to permit the Stirha and Sukham that Patanjali advocates so I stand with the majority vote that counterpose is an essential part of a balanced yoga practice allowing the body and mind to return to a state of equilibrium. Ultimately asana and counterpose lead us to the sense of energetic balance in both body and mind that is truly yoga.

Can I Really Lose Weight by Taking ... 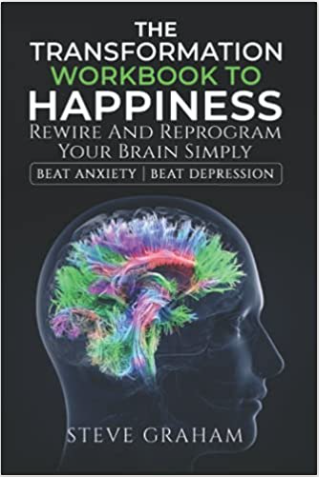 This workbook that can lead to fundamental ...