The bandhas- developing strength from the inside out

So just what are the bandhas? No doubt you’ve heard them mentioned many times in class yet for many they can be a difficult concept to grasp yet the practice of them literally transforms not just your yoga practice but also your life so let’s get a better understanding of what they are and how to develop them.
The ancient yogi philosophers said that when you master the bandhas, you master yoga practice. This applies to both the external practice, holding the positions for longer, with more ease, moving one asana to another, and managing new positions and it applies equally to the internal practice through the cultivation of consistent single pointed concentration, a steady and long, easy breath, and a calm, clear, concentrated mind. They also help you to regulate and control all of your internal systems, hormonal, sexual, metabolic, digestive, and more so have a huge positive impact on the quality of your day to day life.
Bandha, in Sanskrit, literally means bond, tie or lock. The most common translation of the word Bandha is lock or seal but it is also translated in the classical texts as to tighten, hold, catch, control, bind, bond, arrest, capture, put together, lock, fix and fasten. These definitions help to describe the physical action involved in the bandha practices and their effect on the pranic body. Each bandha has a physical and energetic action.

Physically bandhas can be understood as the activation and engagement of muscles, in specific areas of the body, that support in the toning and lifting of the systems of the body against the natural laws of gravity.

Energetically bandhas are a series of energy gates in the subtle energy body that regulate the flow of the life force energy, prana. This is a nice description as bandhas are not forcefully and rigidly held (this would make the breath forced and restricted and the body stiff) but are organic pulsating, openings and closings occurring in synchrony with the natural energy of the body and the breath. Bandhas allow the body to work holistically with its own inherent energies providing strength, stability and foundation whilst allowing the body to open and the breath to deepen infusing the body with greater quantities of life force, prana. In short they are expansive and liberating and a vital part of yogic practice.
We can thus consider bandhas as muscular valves or gates that are engaged to activate kundalini and prevent the dissipation of and direct the flow of prana in the body. They are internal energy gates which contain the pranas in specific areas of the body by the gentle but powerful contraction and tightening of specific parts of the body. Just as valves work within the circulatory system to keep blood pumping around the body in a forward direction, so too bandhas regulate the flow of prana. We are then able to assimilate this energy on a cellular level as the prana is absorbed by the subtle body balancing the nervous system. The purpose of the bandhas is ultimately to awaken and redirect the pranic energies towards sushumna nadi for the purpose of spiritual awakening. They raise the level of prana and reverse the direction of pranic flow up the spine rather than allowing it to escape downwards as it would ordinarily if the bandhas were not applied. 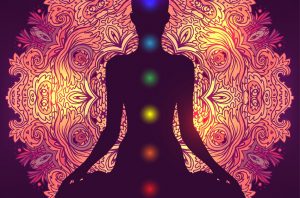 Anton Simmha says “The bandhas are internal locks created by the gentle contraction of muscles within specific areas of the body. They function rather like valves, working together to contain and direct prana upward through the nadis (energy channels) of the subtle anatomy”

Liz Lark and Tim Goullet “The bandhas are essentially a physical contraction of certain muscles which exert widespread affects on neurological, circulatory, respiratory and endocrine function with associated emotional and psychic ramifications”

Christina Brown Bandhas involve “the contraction of certain muscles to unlock the pranic vital energies so it can be directed upwards. Bandhas may be used in conjunction with pranayama or asana practice to encourage the flow of vital force and preserve it”

The three major bandhas, and their approximate locations in the body are:

They may be practiced together or individually at specific times during Kriya (cleansing practices), asana, paranayama,mudra and meditation practice.

1. Moola/ mula- root lock, so called because of its location at the base of the spinal column involves contraction of the perineal muscles. Moola bandha is responsible for retaining prana within the body. It reverses the downward flow of apana and sends it upwards to unite with prana.

Ideally Mula Bandha is held throughout your yoga practice.

2. Uddiyana- lower abdominal lock, located at the core of the body, just below the navel. The literal translation means to “fly up” and refers to the inward and upward action of the navel. You are literally drawing the navel to the spine and up towards the rib cage which lifts the diaphragm, stomach, and abdominal organs.

“Uddiyana is so called by the Yogis because through its practice the Prana, flies up the Sushumna. Uddiyana is so called this because Prana is concentrated at one point and rises through sushumna. The bandha is called the rising or flying bandha because through its practice, the great bird (shakti kundalini) flies upward with ease” - Hatha Yoga Pradipika.

3. Jalandhara- throat or chin lock. Jala means net or network. In the neck, there is a network of nerves and arteries which connect to the brain. Dhara means stream or flow and is often translated as “pulling upwards”. Jalandhara reverses the upward flow of prana and sends it downwards preventing it escaping from the upper body. This reversal causes apana and prana to meet at samana and brings about an awakening of energy in this area. Jalandhara controls the flow of energy in the nerves and blood vessels of the neck.

“Engaging Jalandhara Bandha destroys old age and death. Jalandhara bandha closes the opening of the group of Nadis, through which Amrita, the nectar that is housed in the Soma of the brain, falls down. In Jalandhara Bandha, a perfect contraction of the throat will ensure that the nectar does not fall into the fire (the Surya situated in the navel)” - Hatha Yoga Pradipika. 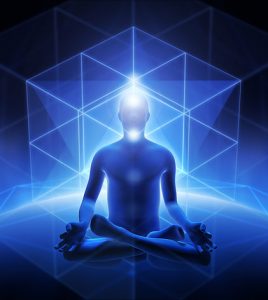 This bandha tends not to be used as much as the other 2 bandhas which can be applied throughout the practice. It is rarely done on its own. Jalandhara Bandha is most usually performed in certain asanas and in combination with specific breathing practices.

4. Maha- The great seal, Bandha traya, the triple lock or tri- bandha. This is a combination of the other 3

Before attempting maha bandha you need to be proficient in the practice of the 3 individual bandhas.

“Press the heel of the left foot in the perineum and place the right foot on the left thigh. Thus breathing in, bring the chin to the chest (jalandhara bandha), contract the perineal/cervical region (moola bandha) and concentrate on the eyebrow centre (shambavi mudra). Having retained the breath as long as comfortable exhale slowly. Once completing the practice on the left side, practice again on the right side” HYP

“By contracting the perineum (moola), performing uddiyana and locking ida and Pingala with jalandara, sushumna becomes active. By this means prana and the breath become still. Thus death and sickness are conquered” HYP

1. Sit in siddhasana/siddha yoni asana with the left heel pressing against the perineum/vagina (to apply pressure to mooladhara chakra). The right foot may be placed on top of the left thigh. Alternative postures of padmasana or half padamasana may be assumed.

2. The palms of the hands are placed on the knees and the spine should be erect and the head straight.

3. Close the eyes and relax the whole body.

4. Breathe in slowly and deeply through the nose.

5. Exhale fully and forcefully through the mouth.

6. Retain the breath outside.

8. Hold the bandhas and the breath for as long as is comfortable without straining. The HYP suggests rotating the awareness from mooladhara chakra to manipura to vishuddhi mentally repeating the names of the chakras as you concentrate on each.

9. Then release the bandhas in the reverse order i.e. jalandhara, uddiyana, and mula.

10. Inhale slowly, in a controlled manner once the head is upright.

12. Keep the eyes closed, keep the body relaxed and let the breath return to normal before commencing another round.

14. Once proficiency is attained, increase by one round over a period of time until 9 rounds can be performed.

If we represent sushumna nadi as a tube in the body, mula bandha (root lock) seals off the lowest point of the tube, preventing downward motion and expulsion of prana from the body. Mooladhara chakra is stimulated which awakens kundalini shakti. Jalandhara bandha (chin lock) seals off the top portion of the tube and prana is now locked inside the tube. Uddiyana bandha (abdominal lock) increases the pranic pressure by stimulating the solar plexus, filling and expanding the closed tube. When maha bandha is performed, prana is compressed in sushumna nadi. The combined locks prevent the prana moving upwards or downwards, stimulating and raising the energy in the koshas. The release of the bandhas flushes vital, life-giving prana through the whole body promoting relaxation, toning and rejuvenation.
The 3 individual bandhas act directly on the 3 granthis or psychic knots. The granthis act as safety valves to prevent prana or kundalini energy from flowing up sushumna nadi too quickly and drastically altering our sense of equilibrium, they prevent the free flow of prana along sushumna nadi, impeding the awakening of the chakras and the rising of kundalini before the body and the mind are ready. Moola Bandha is associated with Brahma granthi, uddiyana with Vishnu granthi and jalandhara Bandha with Rudra/Shiva granthi.
Initially they may be difficult to grasp, a process much facilitated with the guidance and instruction of a good teacher. With practice, they become easier to locate and sustain. Once mastered they transform practice giving an internal strength and fluidity that enhances the practice considerably. Practicing the bandhas influences the circulation, the nervous system and the endocrine glands. The pressure placed on specific areas of the body when they are applied has the effect of massaging organs, removing stagnant blood and regulating nerves connected with them thus improving the functioning and health of the body. Have a play, have fun and see where your practice takes you. 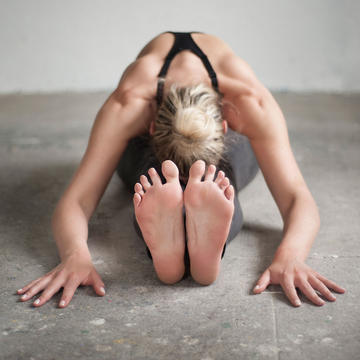 Strength and flexibility in yoga 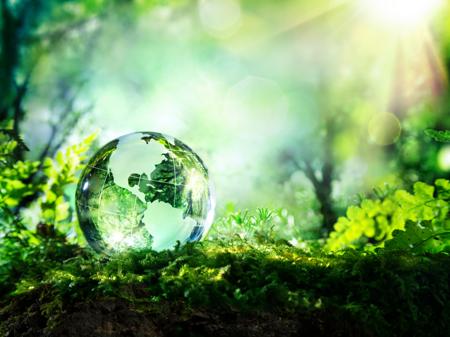